In 2014, we decided to raise money for the National Star College, we were nominated for the ‘Team Award’ in the Local Charity Awards and were thrilled to win.

On September 19th 2014, a team of 11 staff from Cotteswold Dairy embarked on a gruelling 210 mile bike ride covering all our depots, from Gaerwen, via Conwy Valley, Shropshire, Tenbury Wells and Cheltenham, finishing at their Tewkesbury head office site.

The team raised over £15,000 to help fund accommodation fit for purpose in Pittville, Cheltenham.

National Star is an incredible and inspiring place that transforms the lives of young people with complex disabilities, every minute of every day. 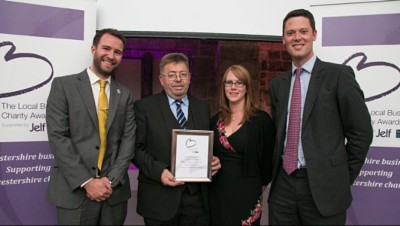